With the Fourth of July weekend coming up, we would like to wish you, your loved ones, and our entire network a safe and happy holiday. We hope you will join us in commemorating and honoring our service members and veterans during the long weekend.

Summer is finally here, and alongside the warm weather, there are plenty more reasons for you and your network of industry-leading electrical and telecom contractors to be excited.

Amongst the bountiful opportunities (learn more below), NECA Boston and IBEW Local 103 are on the job at Suffolk Downs, one of Boston’s largest redevelopment projects ever, under a historic project labor agreement.

We extend a well-earned congratulations to JATC’s Graduating Class of 2022! The 75th-annual graduation ceremony on June 2 marked the end of their apprenticeship and the start of the journeyperson career for the 200 graduates.

The JATC Trustees, including David Noon of J&M Brown, Kathy Guinee of Aetna Fire Alarm, Ronnie Koning of State Electrical and Kenell Broomstein of KB-Mac, Inc. celebrated their milestone along with their families at the IBEW Local 103 Union Hall.

Through the five-year Electrical Construction Program, apprentices undergo 10,000 hours of on-the-job training with experienced journeypersons, plus 1,000 hours of intensive classroom instruction with qualified instructors. The five-year Telecommunications Program requires over 1,000 hours of classroom instruction and 10,000 hours of on-the-job training. The graduates have completed one of the highest-rated and most prestigious apprenticeship programs in the country. Hats off to the 2022 JATC graduates and the JATC Training Director, Chris Sherlock, and his entire team on a job well done.

On June 23, the IBEW Local 103 swore in nearly 350 new IBEW Local 103 members who will become part of the 2022 first-year apprentice class. This incoming class of apprentices will proudly become the most diverse class in the JATC’s history, with 15 percent women, 36 percent minorities and 24 percent Boston residents.

IBEW Local 103 welcomed several elected officials including State Senator Lydia Edwards, Boston City Councilor-At-Large Erin Murphy, along with industry partners such as Community Mentorship Program and Building Pathways. On behalf of the NECA Contractors, I had the privilege of welcoming the newest IBEW Local 103 members to the industry.

Increasing Equality and Opportunities for All

Massachusetts’ Supplier Diversity Office issued a report last Friday reporting that minority-owned businesses saw a rise in state contracts; receiving direct contracts worth $165 million in the fiscal year 2021, from the $96 million in FY 2020.

The great news comes on the heels of Gov. Baker’s steps to increase the Diversity Office's authority to hold state agencies accountable for meeting the state’s minority inclusion goals, including an executive order requiring each state agency to develop procurement plans that will boost minority inclusion.

NECA Boston and IBEW Local 103 are committed to supporting Diversity, Equity and Inclusion (DEI) in the electrical and telecom industry of New England and working with the Commonwealth to advocate for our members.

In the last few months, we are proud to welcome several MWBE contractors to the NECA Greater Boston Chapter. 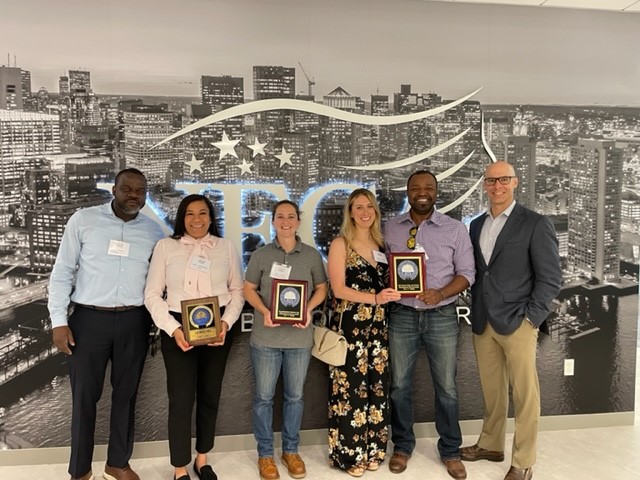 This year, our two organizations recently created the program Empower DEI and with the work of Josue Pierre, our DEI coordinator, it’s designed to ensure that we are adopting and investing in the best practices and resource-sharing that will help advance DEI within our sector for the benefit of all.

The events and news - along with more below - exemplify the energy and excitement around the promising opportunities in front of our NECA contractors and the industry.

We wish you all a safe and prosperous summer and hope you find some time to enjoy the family and friends around you.